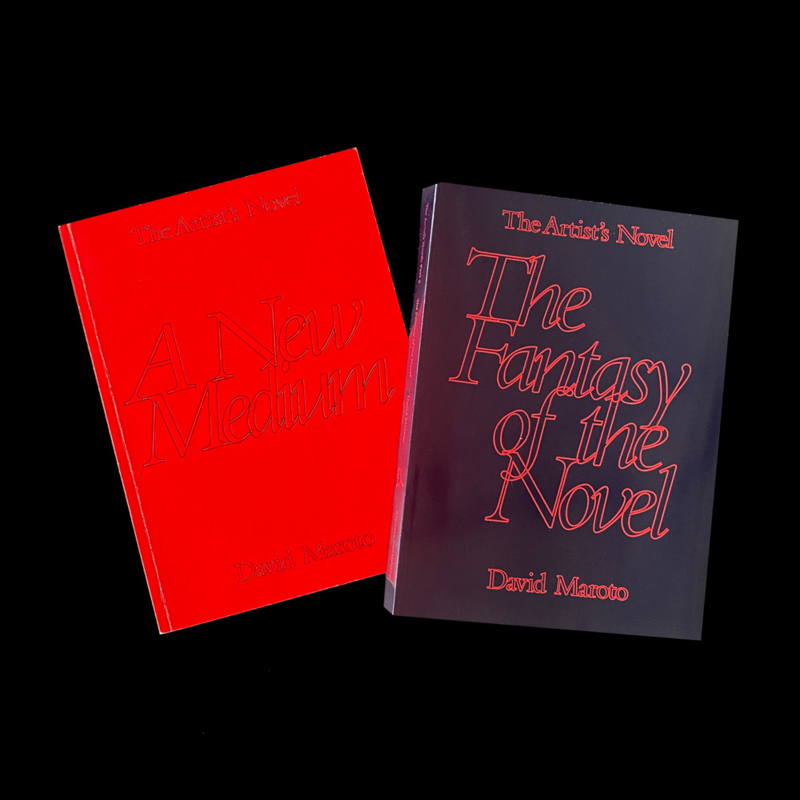 SPECIAL NOTE: YOU RECEIVE PART I & PART II WITH THIS ORDER!

Why do artists write novels? What does the artist’s novel do to the visual arts? How should such a novel be experienced? The Artist’s Novel: The Novel as a Medium in the Visual Arts finds its momentum in the current international art scene, where the debate about the hybridisation of visual arts and literature is becoming increasingly prominent. In recent years, there has been a proliferation of visual artists who create novels as part of their wider art projects. They do so in order to address artistic issues by means of novelistic devices, favouring a sort of art predicated on process and subjectivity, introducing notions such as fiction, narrative, and imagination. In this sense, it is possible to speak of a new medium in the visual arts; yet, very little is known about it. This two-volume publication is the first to explore in depth the subject of the artist’s novel.

Part 1: A New Medium aims to elucidate the pressing questions posed by the emergence of a new artistic medium with a theoretical approach to a number of key case studies, which critically examines the different ways contemporary artists have employed the artist’s novel. The intention is not to fix a definition of what the artist’s novel is, but rather to situate it within the broader field of the visual arts in the hopes of sparking a much-needed discussion about a practice that has long been ignored by the main critical strands in art discourse. The volume includes an essay by David Maroto, accompanied by interviews with Benjamin Seror, Cally Spooner, Mai-Thu Perret, Goldin+Senneby, Francis McKee, Vivian Ziherl, Natasha Soobramanien, Clive Phillpot, Alex Cecchetti, Łukasz Gorczyca, Jan Jasiński.

Part 2: The Fantasy of the Novel is a research project in the form of a novel, which examines the process of creation of an artist’s novel that came about through five episodic performances and an exhibition. The protagonist is in the position of a detective who tries to understand the conditions under which an artist decides to write, and how such a thing is possible within an artistic setting. His discoveries appear in the form of clues that connect all the different layers of the research. The Fantasy of the Novel tells the story of each of the six instalments and how they were the product of a collective effort. The creative process of the artist’s novel was affected by the conditions under which it was produced, including intersubjective relationships usually invisible to audiences. This book narrates the trajectory from the artist’s fantasy (how the artist initially envisioned his novel existing in the world) to the reality of the work (how it is actually read and received). The narrative gets increasingly intricate chapter by chapter, connecting recurring images, references, and ideas that reflect the rich complexity of the overall project.